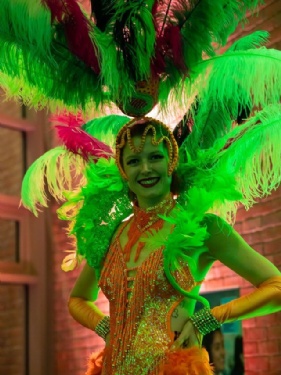 On Saturday 30 November almost 300 guests gathered at King’s High School to celebrate the 140th anniversary year and raise funds for One Campus Plus.

The school was transformed into a festival and mardi gras theme for the evening. Guests were greeted by fire performers, steel pan drums and entertainers on stilts before making their way to the “Carnivale Hall” for drinks.

A flash mob and gospel choir then brought guests through to the assembly hall where a spectacular 3-course dinner was served by the Foundation’s three executive chefs. A silent auction was held throughout the evening, offering an array of exciting prizes generously donated by members of the school community. The auction raised £14,600 for the campaign.

Many thanks to the guests who attended the Ball, the staff who worked tirelessly throughout the evening, and the Ball committee of Mrs Griffin, Mrs Owen and Mrs Harding for their support in planning the event.