A Landor initiative: pupils check in with Old Girls during recent lockdown 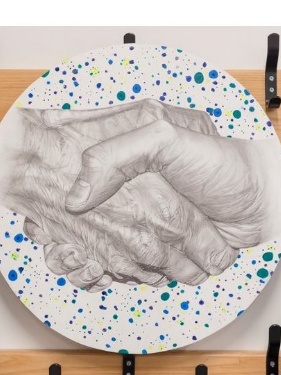 Pupils at King’s High school have so missed their visits to patients in Warwick Hospital recently, volunteering with the local healthcare charity, Kissing It Better, so instead they have been reaching out to their wider school community. The Landor Association team organised a telephone rota during the recent lockdown, starting with telephone calls to senior King’s High’s Old Girls, some of whom have been isolating over past months. Some Old Girls were so overjoyed by this contact that they have requested a regular chat with a sixth former. ‘The girls really enjoyed their chats with our Old Girls, and got so much from it,’ says Sarah Didlick, Director of Co-curricular. ‘The calls proved so successful, they decided to contact younger Old Girls, including some of our more recent leavers, many of whom have had a rather different start to their university life than they would normally.’

Pupils have been supported by the Landor Association, the umbrella organisation for the wider King’s High and Warwick Prep community, that encompasses current and former pupils, parents, staff and governors, as well as partners and friends in Warwick and beyond. Pupils have also held Zoom meetings with residents in Priors House Nursing Home, and collected hand cream and lip salve for goodie bags for NHS workers, as well as making quizzes and wordsearches for patients in hospitals. The whole school has been making Christmas cards and decorations for local care homes.

Usually, King’s High and Warwick School students volunteer with Kissing It Better as part of a co-curricular  Friday afternoon activities programme. Kissing It Better, whose patrons include Dr Phil Hammond, Sir Andrew Motion, and local actor, Sunny Ormonde (The Archers’ Lillian Bellamy) have been providing some much-needed light with their Singing in Care Homes programme, where professional singers perform for residents outside.