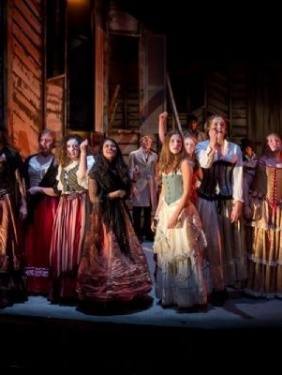 What is life as an actor like? Are you interested in finding out more about the acting business? Are you wondering how to prepare for an audition? Do you want to know what audition panels look for in applicants?

King’s High Drama department is delighted to be hosting two of our acting alumnae to speak with students and our Landor Community about their experiences of Drama School and their work in the performing arts industry. Having studied A-level Drama with us at King’s, Nadia and Ronay went on to actor training at top London Drama Schools and are now successfully working in the business, as well as teaching and coaching. Students and parents are warmly invited to join us for talks from Nadia and Ronay where they will share their experiences of Drama School and the acting business and offer their advice to those wanting to pursue acting as a career. Following each Evening Talk, open to all members of our community. 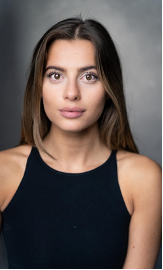 Nadia left King’s High in 2014 and went on to be classically trained at the London Academy of Music and Dramatic Arts. During her final year of drama school, she signed with Independent Talent Agency and has worked on a range of film sets since then. Her first role was in American network show The Spanish Princess where she had the opportunity to act alongside people such as Dame Harriet Walter. Nadia has also enjoyed an English actor’s rite of passage: a guest role on Doctor Who, and most recently appeared in BBC/HBO max sitcom Starstruck and will feature in Sky Atlantic series Domina later this year. She is excited to talk to students with a passion for acting, especially those considering it as a career path.

You can re-watch the talk below.

Ronay graduated from Guildford School of Acting in 2019 with a 1st class honours. She now lives and works in London as a professional actor and acting tutor, having recently performed in Immersive Theatre Dracula, William Nunez’ feature film The Laureate and the BBC series Motherland. Ronay is excited to share her tips, experiences and advice with you, and hopes to inspire others to follow in her footsteps.